Home FUNNY What Were These Couples Thinking? Bad Wedding Photos.

What Were These Couples Thinking? Bad Wedding Photos.

Photography is an art and it takes reasonable technical skill as well as talent to understand things such as aspect ratio, depth of field, aperture priority, barrel distortion and on and on. Composition! The following images that were, I would think, taken by a professional, leave something to be desired. I suppose the photographer could have been following specific wishes on the part of the couples, but even then, you would think he might have tried to talk them out of it! Let us know what you think about these, negative or positive. I guess this means she’s in his head…thing is, neither of them look too happy about it. I really can’t place that particular expression. Maybe it’s all those pesky butterlies. 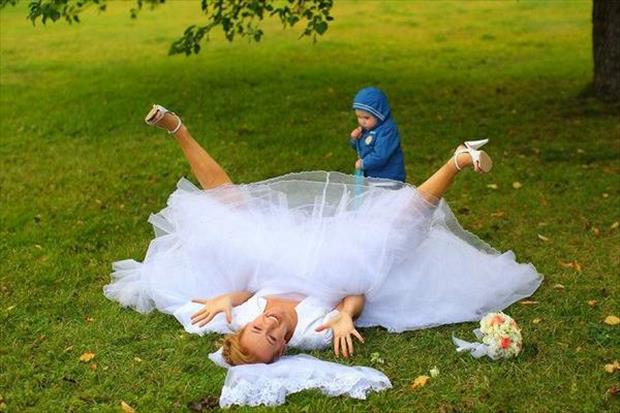 That’s right son, right there, that’s where you came to us from. 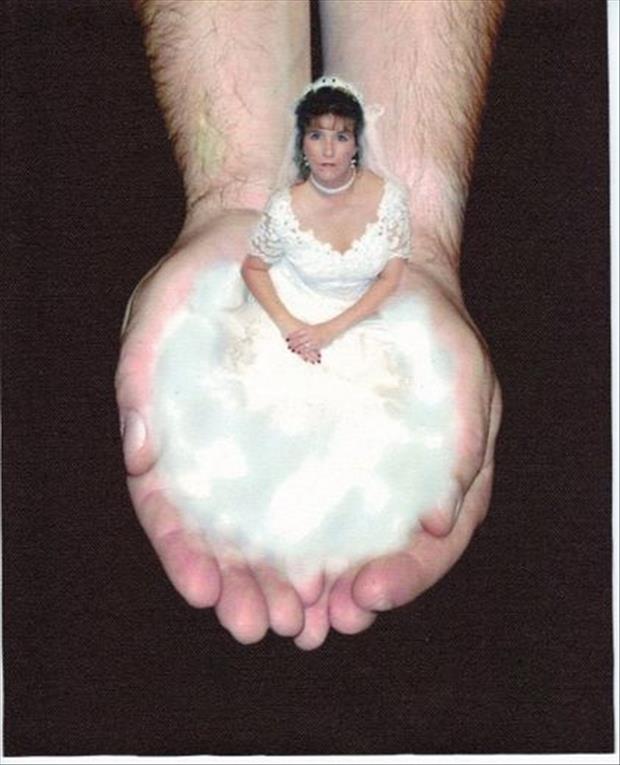 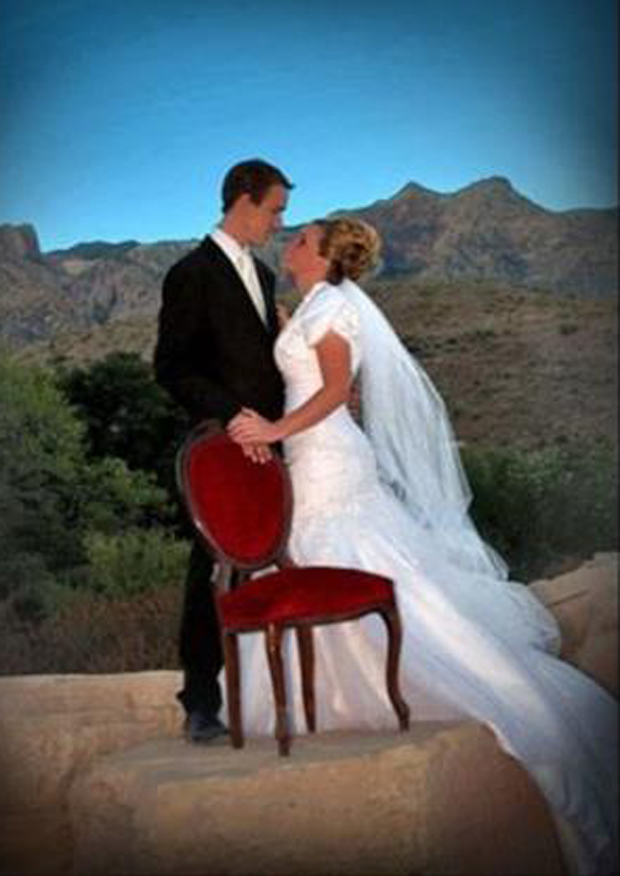 The velvet covered Queen Anne chair on the plateau? No idea how it got here but I’m sure glad I have something to put my hand on. 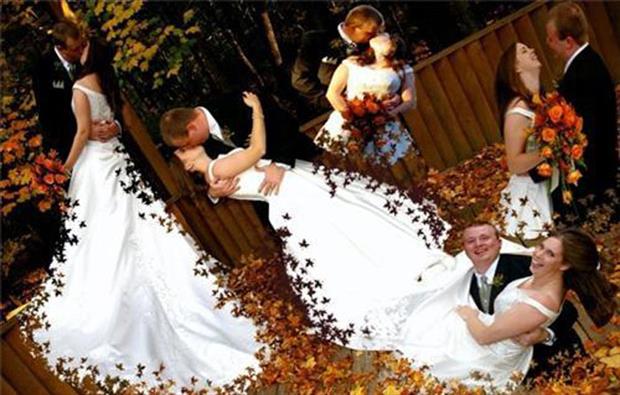 Ha! I bet you know the song I’m thinking of here, LOL. I want to kiss you all over, and over again…. 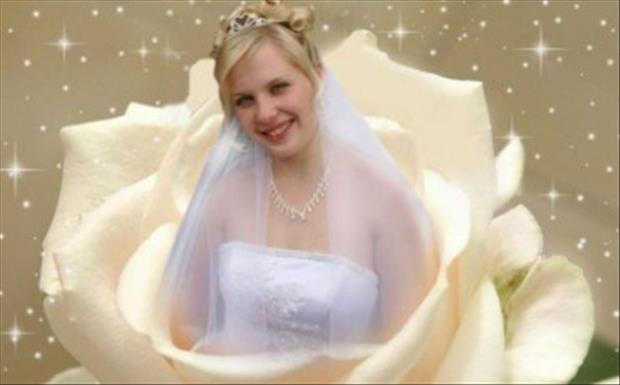 Those sparkles covering the background up outside of the rose have been in Corel’s Paint Shop Pro program since it was named Jasc. Nothing like going old school I guess. 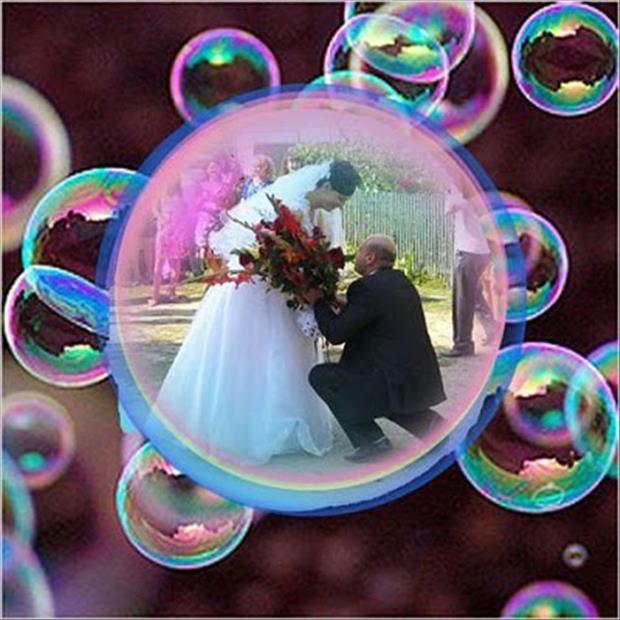 The bubbles really don’t bother me that much here, but what does are those flowers. Are they gladiola? I really can’t tell but they just don’t cut it for me as a wedding boquet. 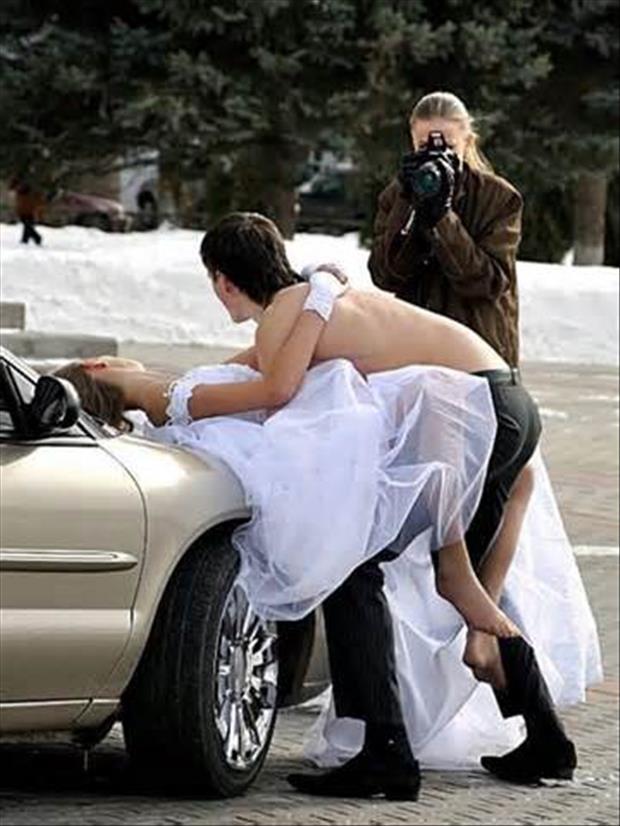 That looks like snow in the background to me, but evidently these two have some strange idea about getting right down to the honeymoon on the hood of the car in at least 32 degree F weather and being filmed doing so at the same time. Hmmmmmm

Is that a shoe? What in the world is the deal with that? No way I believe a woman that age should be wearing white either.

I do not even want to begin to speculate on what this little menage symbolizes. I believe I would have had to have a pair of sunglasses on or at the very least a veil, and it would at least have been appropriate.

I actually did get married with a black eye though it was nowhere near as black as this last bride’s was. I was sleeping with just my mattress on the floor and no frame and I had a metal table at the end of the mattress and I got up in the middle of the night and banged my face on it in the darkness.  It worked out though as on November 18th of this year, 2020,  we’ll celebrate our 38th wedding anniversary.  I think we managed to stay married as long as we have not only because we love each other and have worked through different things life has brought us, but we didn’t take any stupid wedding pictures like these!