As some may believe, Tarot cards are not the result of new age mysticism and their usage can be traced back as far as the 1400s. Their vibrant images of the Royal, Minor and Major Arcana are what a lot of people may recognize if not interested in them for spiritual reasons. While these images, which come in many different themes with a multitude of renderings, may be colorful and intriguing, there may be none as beautiful as the ones pictured here. While today’s cards feature the 4 suits of Wands, Cups, Pentacles, and Swords, they were first titled as Coins, Cups, Sticks, and Swords.

Bonifacio Bembo (1420-1480), was a painter and miniaturist who was born in Brescia and was so delighted by the Tarot’s esoteric symbolism that he created his own version for Filippo Maria Visconti, Duke of Milan, between 1442 and 1444.

Today’s decks are made up of 78 cards. Bembo’s deck consisting of 48 cards measuring approximately 7 1/2 inches by 3 1/2 inches are illustrated on gold and silver backgrounds. They are now part of the Pinacoteca di Brera collection.

Pictured below are some of the most beautiful and mysterious cards created by the early-Renaissance artist. 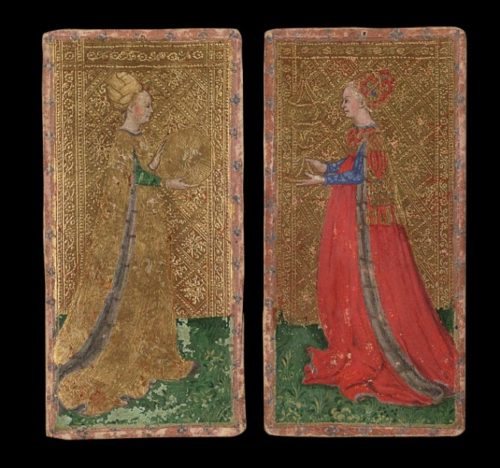 On the left, “The World”; on the right, “Horseman of Sticks” 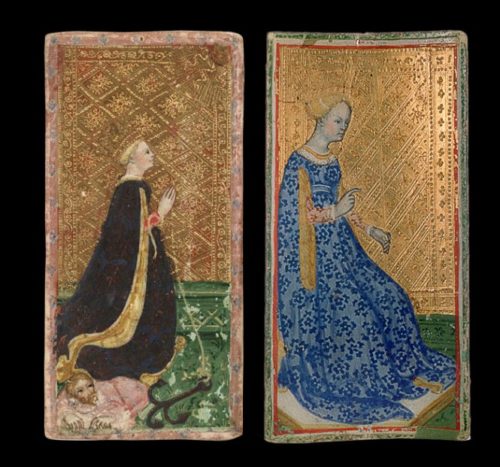 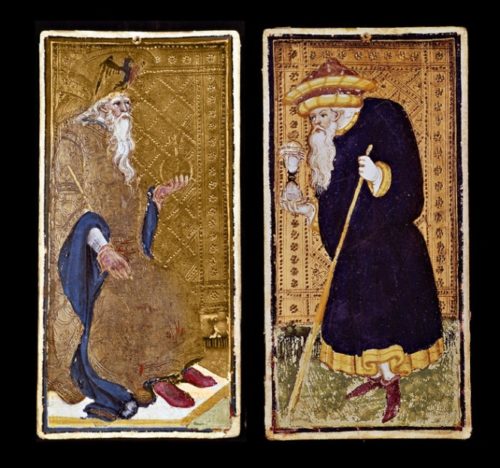 On the left, “King of Cups”; on the right, “Horseman of Swords” 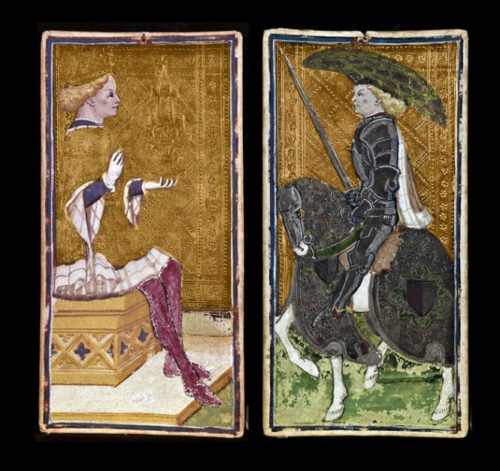 On the left, “Death”; on the right, “The Magician” 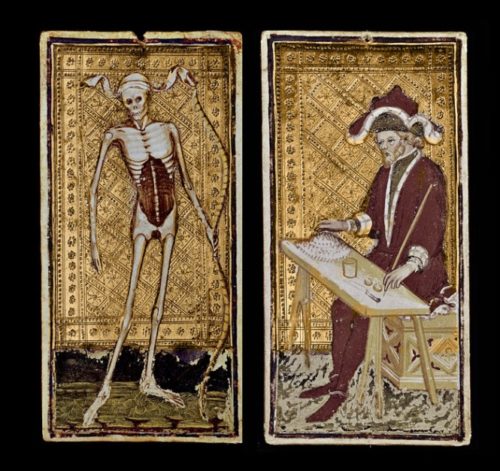 On the left, “Doomsday”; on the right, “The Wheel of Fortune” 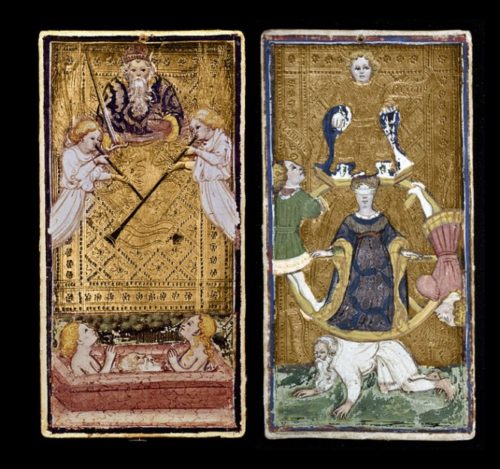 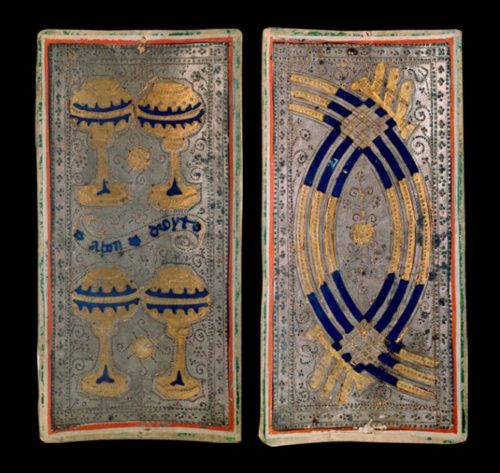 Whether or not you believe that someone can divine your future with a layout from a Tarot deck, I’m sure we can all agree that these cards are absolutely beautiful.